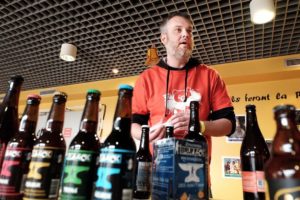 Welcome to the POITOU BIERE FESTIVAL !

We are de-lighted to announce that the third POITOU BIERE FESTIVAL will be held during the week-end of the Saturday 9 April and Sunday 10 April 2022.

More than 2000 people attended the first two editions, each featuring a massive range of craft beers from over 40 different brewers from the local region, as well as elsewhere in France and internationally.

The event is organised by the owners of the growing number of craft bars and local breweries in and around Poitiers. The aim of the festival is to help promote and develop the craft beer scene, interest in which has rocketed across France in recent years.

The festival Saturday (9th April) will be split into two parts.

The DAYTIME SESSION will run from 11am-6pm with the chance to taste and discuss craft beer with all 30+ brewers, alongside tasting workshops, homebrewer displays, and three Food Trucks (burger & chips, Asian and vegetarian/vegan).

Then from 7pm, the EVENING SESSION will feature one giant bar serving a massive range of craft beer, plus concerts and food trucks followed by two DJs taking everyone into the wee hours of Sunday morning.

The FESTIVAL Sunday (10th April) will run from 11am-6pm with another chance to taste and discuss craft beer with all invited brewers, alongside tasting workshops, homebrewer displays, concerts and food trucks.

There will also be a pop-up beershop, selling takeaway beers from all invited brewers.

In addition to the main festival event, there will be a three-day Fringe Festival (“OFF Festival”) on the Wednesday, Thursday and Friday, where local bars and beershops will host a programme of craft beer tastings, beer / food-paring events, homebrewer exchanges and tap takeovers.

Please keep an eye on this website for more details plus a list of all the invited breweries, food trucks and concerts ! Tickets are now onsale from the official ‘Billetterie‘. 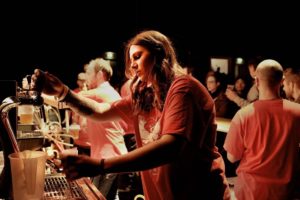